Thank you for respecting our social distancing measures and your continued support!

Our passion for beer is rivaled only by our commitment to produce an uncompromising taste experience. 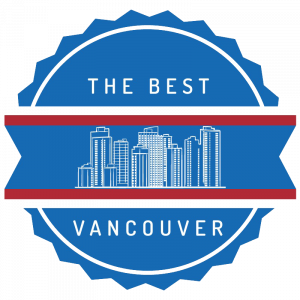 At Off the Rail Brewing Co., we love making craft beers almost as much as we enjoy drinking them.

Founder Steve Forsyth has a long history with Craft Beer, from purveyor of fine Craft Ales during his Railway Club family days, to hop farming at Hatzic Lake, he has had an enthusiasm for all beers Craft.

Our recipes are influenced by traditional beer styles, both European and North American and emphasize taste above all else. We hand craft each and every batch and follow the flavour right through to packaging and our room taps.

Beer, social engagement, sense of community and sharing with friends are an important part of what we do at Off The Rail Brewing Co.

We invite you to come to the brewery and be part of our growing beer culture. 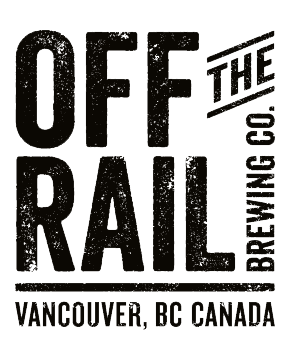 See All Our Beers

I love all local craft beer but have to say Off The Rail is my favorite. They came out of the gates strong with amazing beers that I continue to enjoy all these years later.

We love stopping into the tasting room on the bike route. We are always treated like special guests & everyone that works there is so friendly. Oh and we LOVE the beer. Especially Raj Mahal and Classic Pale!

We have always had exceptional service from OTR. Even when we have needed product last minute they have made it happen for us. We will always have OTR on tap, our customers love it. (And so do I!)

Off the Rail is my favourite Vancouver brewery; I’ve been going there at least once a week since they opened over four years ago. The beer is consistently tasty — my personal favourite is the Crazy Train IPA, but if you’re looking for something lighter or lower in alcohol they’ve got you covered, too. The staff and clientele are also part of what makes OtR so special — I’ve made lifelong friends there!

I’ve been going to OtR regularly since they opened. The tasting room has the nicest, chillest vibe in the city.  it’s a great place to hang out with friends or just relax with a book and watch the bikes go by. The staff are awesome, the beer is great, what more could you ask for?

We love your beer

Flightie life embraces the work hard, play hard lifestyle so naturally good beer has a place in the mix. At our HQ it’s always fun to see what craft draught is next in the rotation, a personal fav of mine has been OTR’s Classic Pale Ale but rumours of a Mai Tai IPA on tap soon has got a lot of my coworkers excited! Not only is the beer great but everyone I’ve met from Off The Rail has been awesome too!

I’m throwing gluten free caution to the wind because I love your Radler! So good!

@offtherailbeer is killing it with their branding…I love the design of this can but the beer is even better! This Raising Haze Eastern IPA should absolutely be on your list if you haven’t tried it. Yes it’s a hazy, but this one sets itself apart. Really well balanced and sessionable…this beer is on my favs list!